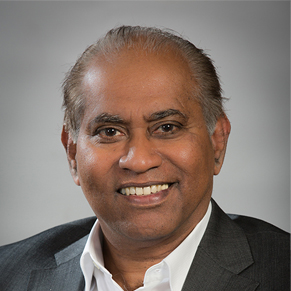 Position: CEO & CHAIRMAN OF THE BOARD

Vino Ramayah is the CEO & Chairman of the Board of Consova. He is also the Chairman of Cereus Holdings Limited, an investment holding company with investments in the US, New Zealand, Australia, Asia, and Europe. Vino holds a Bachelor of Laws (Hons) and Master of Laws from University of London and has practiced both corporate and commercial law internationally. He has vast experience in mergers and acquisitions, corporate management, strategy, and business growth and has served as a Director of a number of multi-national companies. 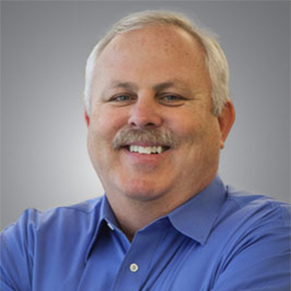 Dan Cooper joins Medtech Global and Consova as an accomplished technology leader with more than 30 years of experience in numerous leadership roles within technology companies and the telecom industry.

Dan previously held a role as Chief Technology Officer at xG Health Solutions, a clinical transformation and analytics company spun off from Geisinger Health Systems. As a start-up organization, he was responsible for building the IT staff, establishing the technical vision, and delivering the IT infrastructure, and support applications required by the business departments. Prior to that, Dan served as Vice President of Professional Services North America and Global Managed Services at Orion Health. Under his tenure, he grew the Professional Services team more than seven-fold and launched the Managed Services group, which quickly yielded substantial and rapid growing global recurring revenues.

In 2006, Dan founded and later became Chief Operations Officer of Intuitive Technical Solutions, Inc., a consulting firm specializing in applying appropriate technical solutions to address healthcare organizations’ most pressing clinical and business needs. Through his leadership, Coop grew the team to 25 consultants, developed the technology strategic planning, and served as interim IT Director or CIO for several healthcare provider and IT organizations.

From 2001 to 2006, as Principal Consultant at RK Consulting, a boutique firm focused on healthcare and financial industries, Dan served as Interim CIO for Alere Medical, a disease management company. Upon successfully overhauling Alere’s core software applications, he received the 2006 CIO 100 Award. Earlier in his career, Dan served in many technology leadership roles at Tickets.com and Electronic Data Systems, including Director of IT for World Cup Soccer 1998 and World Cup Soccer 1994.

Dan received his Bachelor of Science degree in Information and Computer Sciences from University of California, Irvine.

Outside of work, he loves spending time with his family. He also cycles as often as possible in between family commitments. To relax, he enjoys a difficult crossword or jigsaw puzzle. When not challenging himself, he and his wife spend time with their foundation, “Katie’s Love of Reading”. The foundation collects then donates new and used books to Children’s hospitals around the south-land. Last year alone, donations topped over 17,000 books to local hospitals! 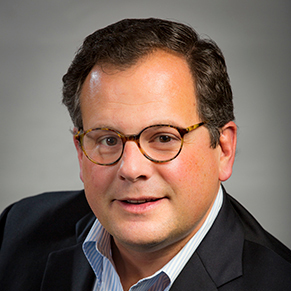 John brings nearly 20 years of business management, team leadership, client management, sales, marketing and consulting experience to the organization. John’s business and leadership experience spans from the building and operating of his own companies and those where he provided interim management during various transitional and turn-around situations. His career has focused primarily in the health care and pharmaceutical markets and most recently has spent 6 years as a partner with one of the leading health care and prescription drug claim audit firms, which targeted and served numerous Fortune 500 and other large self-insured employer groups. 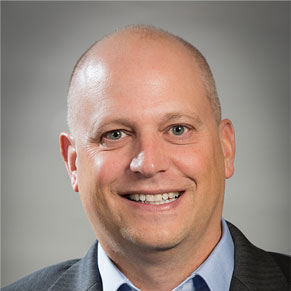 Scott serves as the Director of Payment Integrity and brings over 15 years of experience in healthcare payment integrity to Consova. Scott has spent over a decade leading credit balance operations in a multi-state region for Optum, part of UnitedHealth Group. He excels in building and maintaining partnerships with payers and providers in the areas of identification, prevention, recovery and transparency of errant claims. In his partnerships, he strives to ensure patients are empowered to make informed decisions on care, quality and cost.

He holds a Bachelor’s of Science in Business Administration from Marquette University (Milwaukee, Wisconsin). Scott also maintains a Certified Professional Coder certification. To relieve stress, he enjoys football, boating, skiing and exploring the Rocky Mountains, and to the team’s frustration, he is a “Big Cheese Head”! 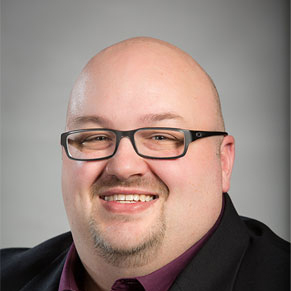 Prior to his leadership role at Consova, Justin acquired extensive knowledge at United Health Group and AIM Healthcare Services. Serving multiple growth roles within the organization has given him unique insights and understanding in the auditing industry. He draws upon over a decade of healthcare and benefits cost containment knowledge to deliver superior quality and results.

“The very basic core of a man’s living spirit is his passion for adventure.” 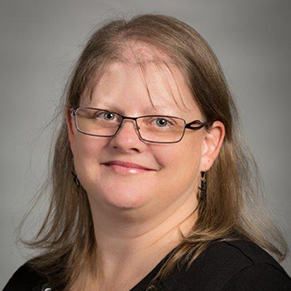 Shellie holds Bachelor of Arts degrees in both Psychology and Communication from the University of Colorado. She enjoys reading, cooking, and spending time with her family.

Start Working With Us Today!